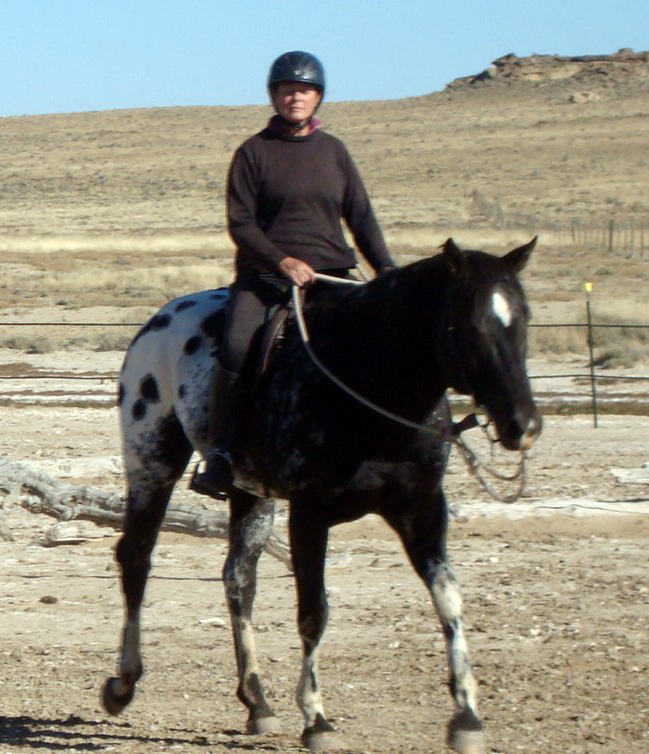 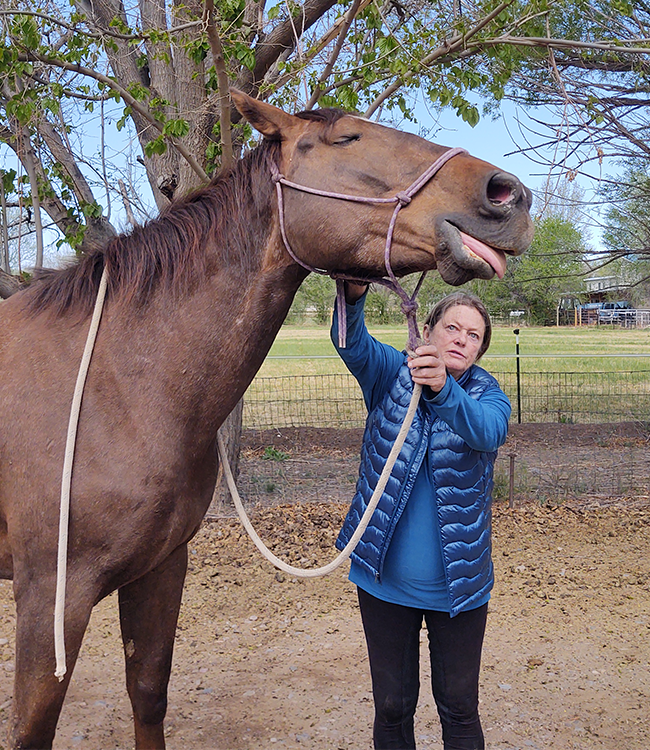 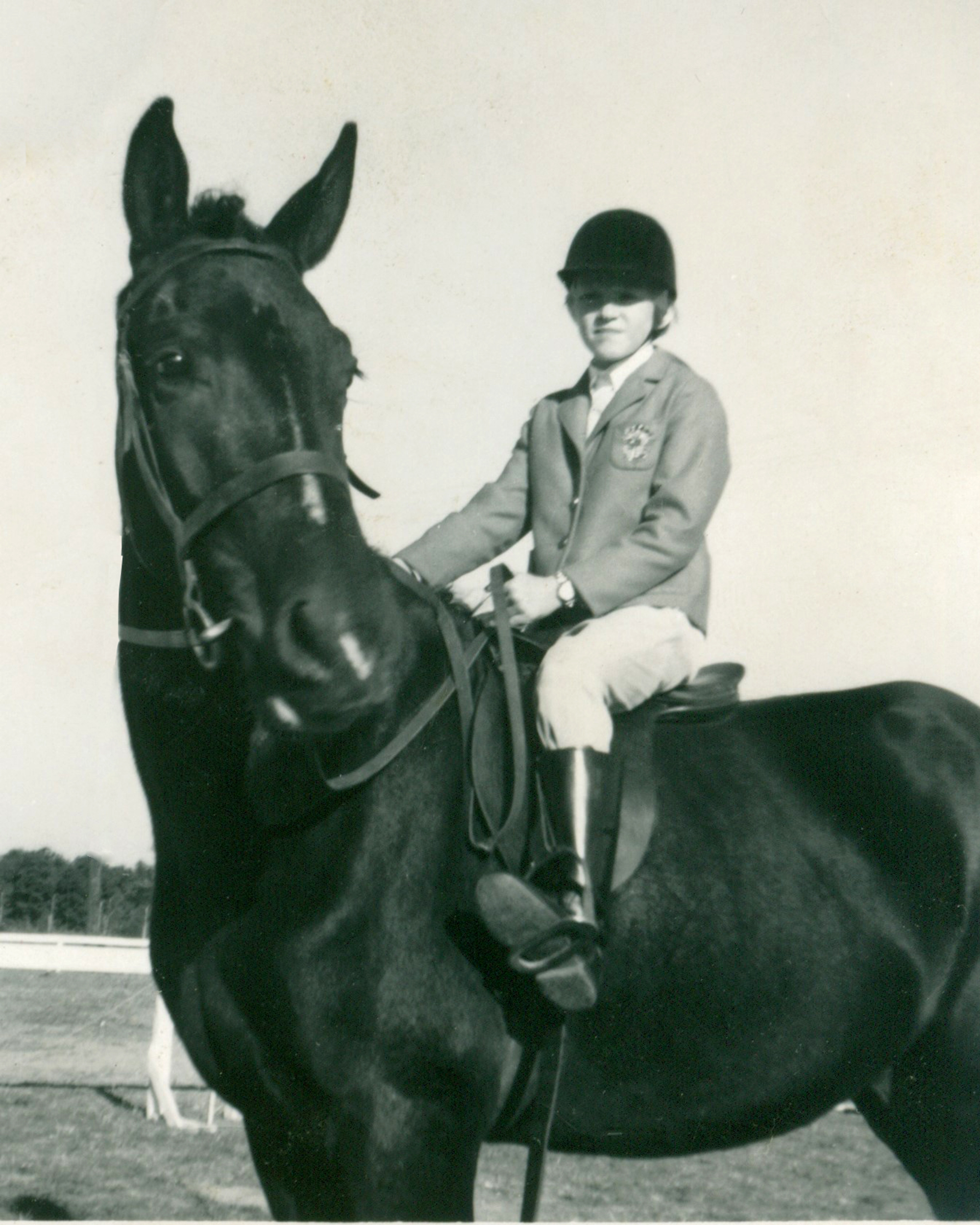 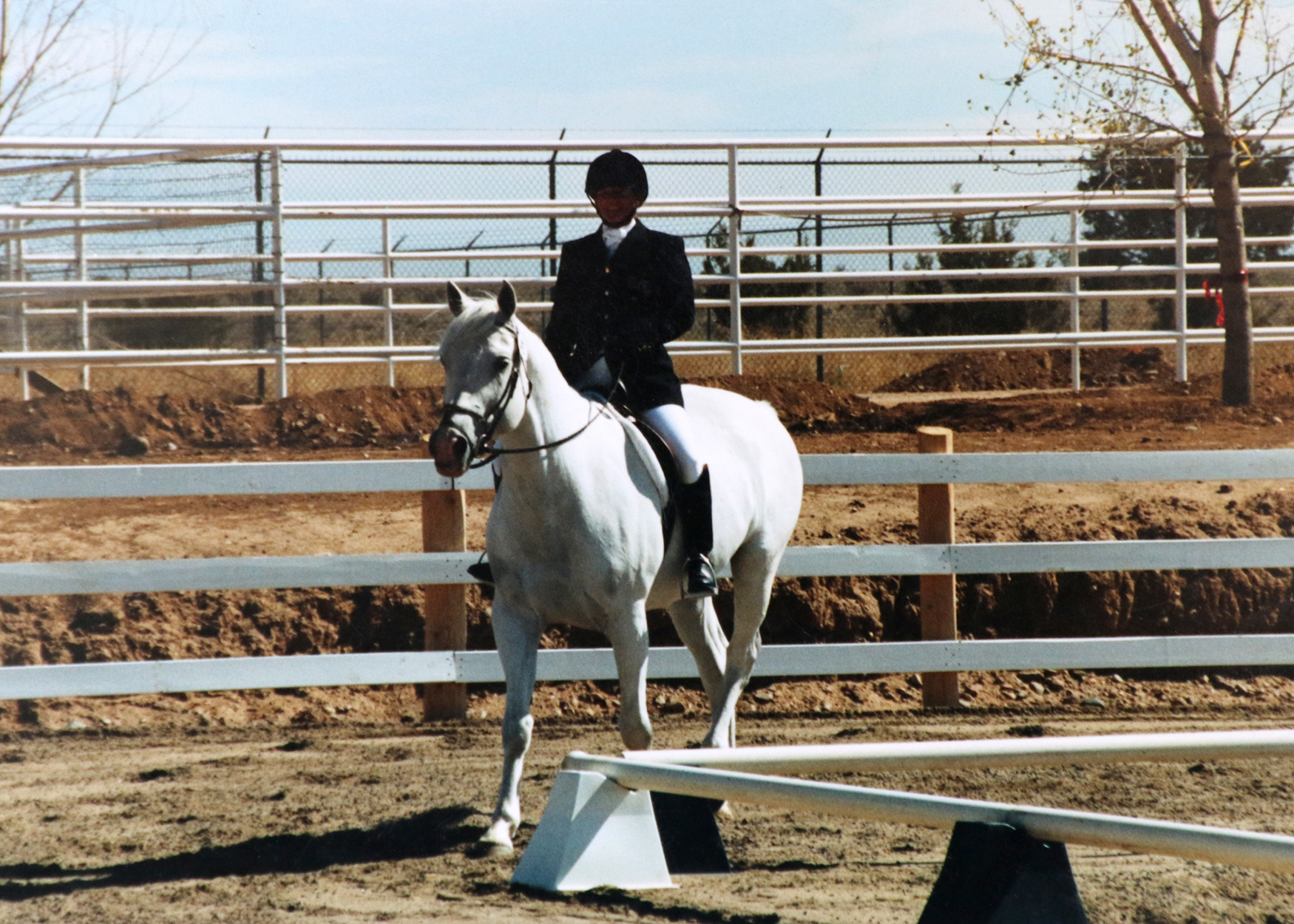 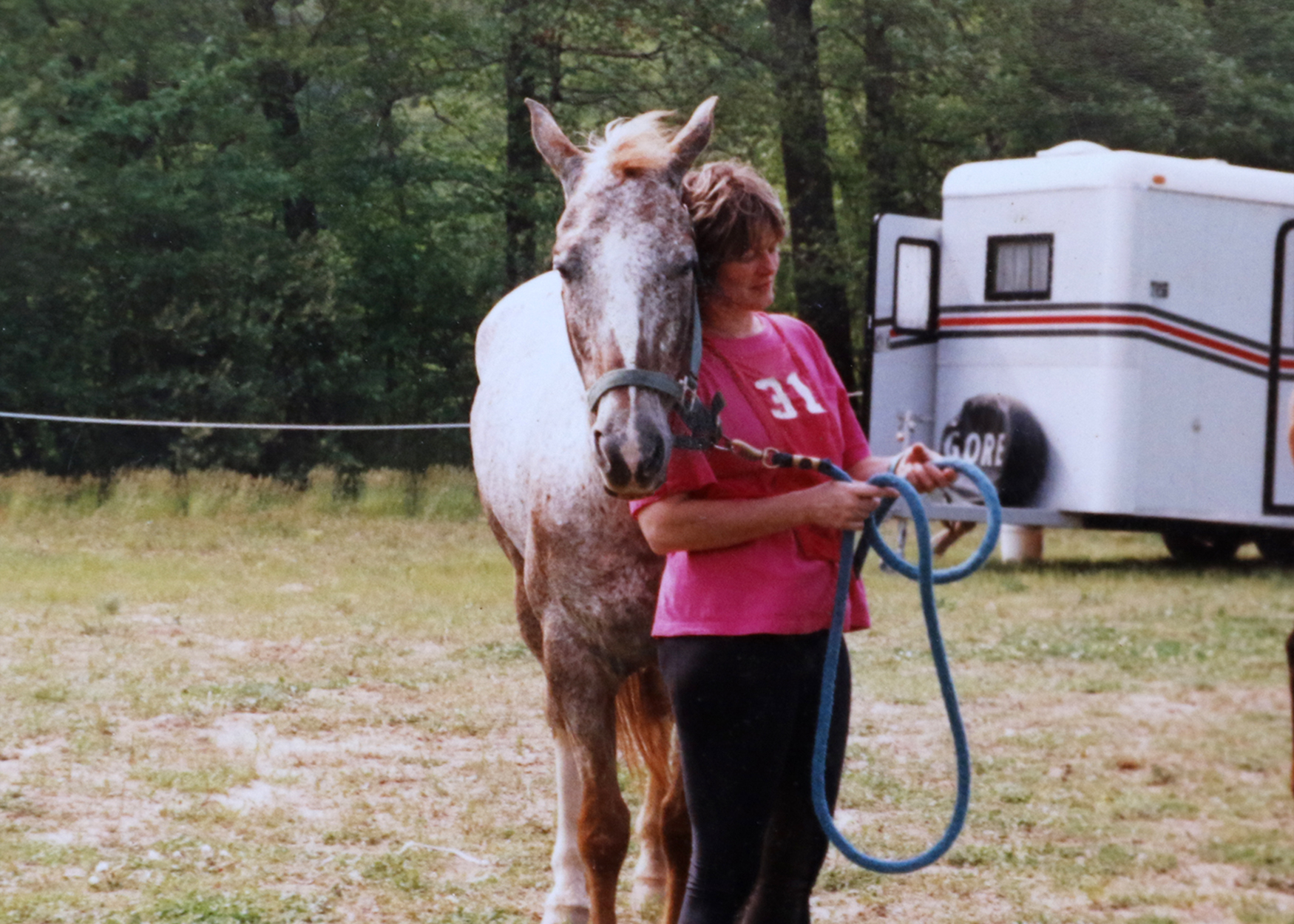 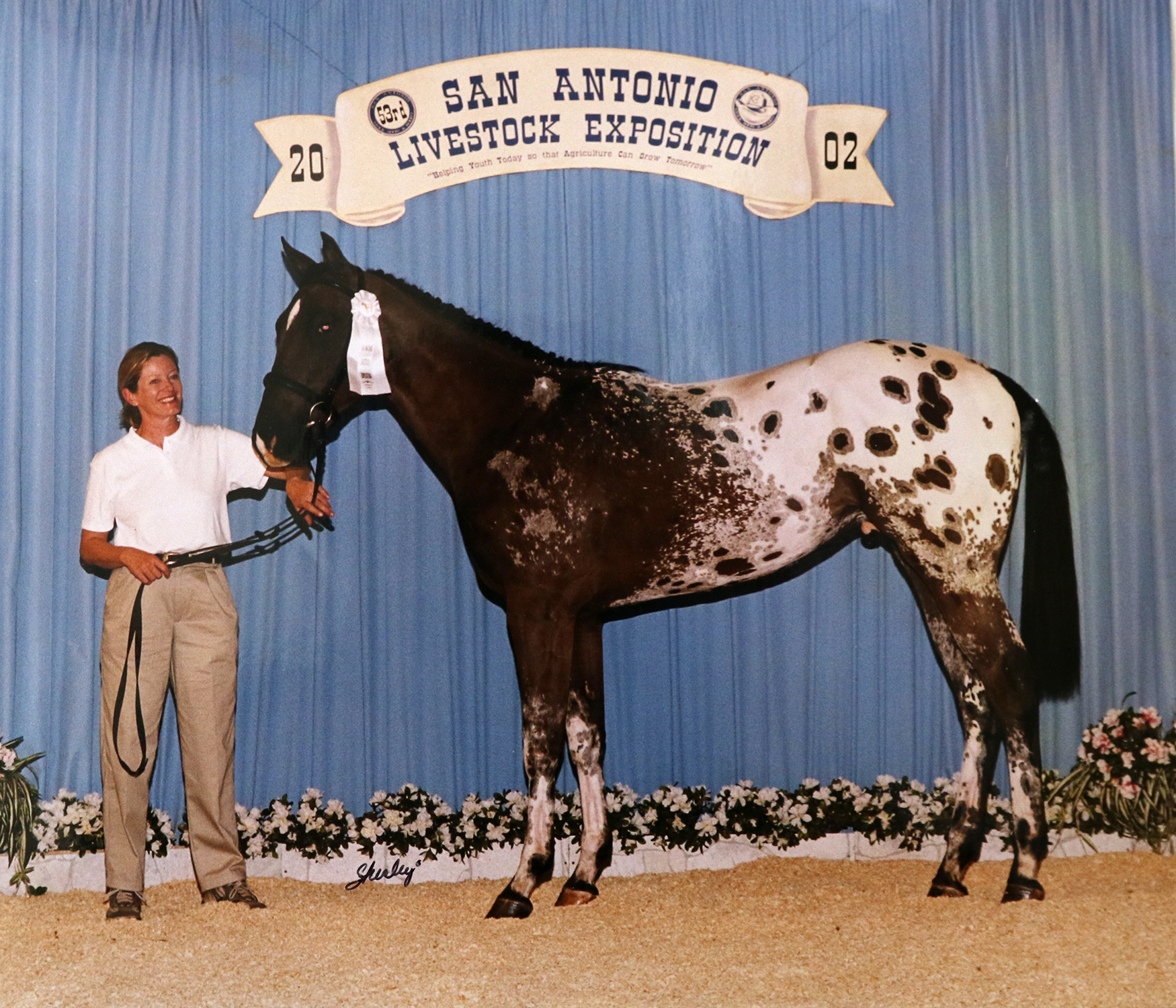 Karen Evans, founder of On The Spot Equine Bodywork, is a lifelong horsewoman with a commitment to providing the best service for equines and their human partners.  Karen’s love of horses began with the ponies on her grandfather’s farm. She became that horse-crazy little girl – taking riding lessons, collecting Breyer horses (which she still has!), and teaching her Boston Terriers to jump courses constructed of kitchen chairs and broomsticks.

Karen continued her equestrian training in the disciplines of hunter/jumper, eventing, dressage, and competitive distance.  She has been a successful instructor and trainer in theses disciplines for 30+ years.  Karen is also a PATH International Advanced Level Therapeutic Riding Instructor.  Her 20+ years of experience in therapeutic equestrian instruction provided a unique opportunity to learn how equines and humans interact and impact each other in both mind and body.

Karen founded On The Spot Equine Bodywork featuring the Masterson Method in 2020.   Services include individual Masterson Method bodywork sessions, riding instruction, and equine training.  Instruction and training sessions merge the principles of Masterson Method with horsemanship to create an interactive relationship based in trust, increasing skills, and emphasis on whole horse health.

Karen lives in Peralta New Mexico, just south of Albuquerque, with her three Appaloosa horses Paden, Romeo, and Shez A Kick.  She enjoys horseback riding (of course!) and continuing her equine education both in bodywork and horsemanship.  Karen volunteers with several area animal charities, including providing pro bono Masterson sessions to several area therapy and rescue horses.  For more information about On The Spot Equine Bodywork and what we can offer for your equine please check out our “Services Page”.

Many businesses begin with an inspiration. On The Spot Equine Bodywork is inspired by a very special horse, my Appaloosa stallion Bandalier. The name “On The Spot Equine Bodywork” is a tip of the hat to this horse and to my other Appaloosas who inspire and delight me on a daily basis.  It was my search to find healing for him that led me to Masterson Method.  The positive results that he experienced inspired me to train and become a Masterson Method Certified Practitioner.  Our work with the Masterson Method brought much needed comfort and recovery to Bandalier, and in that journey, we began to heal.

At age 11 Bandalier began to exhibit some nagging soreness and was occasionally slightly off.  Sometimes his back would be sore or his hocks. He became reluctant to engage his hindquarters and increasingly grouchy about girthing. He stepped away from the mounting block as if to say “please don’t”.  He didn’t want to travel downhill, preferring to use a side-to-side traverse to get to the bottom.  He developed a persistent head tilt to the right under saddle.  He lost his topline.  His gaits were stiff and choppy even at liberty.  Diagnostics were inconclusive and he was getting worse.  We considered saddle fit, rider error, dental, farrier, bit, no bit.  He was x-rayed, palpated, thermographed, nerve blocked, injected, and tested for EPM.  We tried rest, light exercise, various treatments, and therapies, including chiro, acupuncture, and massage.  Bandalier had some periods of hopeful improvement, but nothing stuck and overall he was getting worse.  Sadly, his discomfort began to affect his temperament.  He became shut down and surly.  Just what everyone wants to deal with – a surly 17 hand stallion!  He did not want to interact – his attitude was clear – leave me alone!   We had been caught in this “do loop” for several years.  It was sickeningly expensive, and we were out of money.  My goal became to simply try to improve the quality of his life.  I had heard a reference to Masterson Method at an equine educational seminar and decided to check it out.  Why not – we had tried just about everything else.  I studied the Masterson textbooks and videos and began to practice the method with Bandalier.  Masterson is a “touch” therapy.  A unique element in Masterson is that we commit to follow and honor the responses of the horse to our work.  When we first began our sessions there were places on his body that I couldn’t touch, and I mean really couldn’t touch.  He made it clear – don’t go there!  But by staying true to the principle of working below the horse’s natural, self-protection “brace” he began to trust that this therapy wasn’t going to hurt, and he began to relax and was able to start the process of releasing accumulated tension in his body, tension that had built up due to pain, discomfort and compensatory movements.  I was amazed at how quickly he embraced our Masterson sessions, becoming a calm and cooperative participant.  Within 3 months there were no more “off limits” places.  I began to see evidence of improvement that started to last between sessions.   His topline began to develop, gaits improved becoming more fluid and the head tilt finally went away.  His range of motion throughout his body was much improved.  Best of all his attitude began to change and his old personality and temperament returned.   I saw his eyes soften for the first time in months.  I expanded my practice to my other horses and some client horses.  I saw positive change in every horse.  I knew then that I wanted to expand my training to better share the benefits of Masterson Method bodywork.

Bandalier passed away suddenly in 2019 but he’s present at every session that I do.  I see his huge yawns and closed eyes; the big hind leg stretches and his version of Downward Facing Dog!  He showed me how powerful the Masterson Method is, and how beneficial the treatment is to both horse and human.  If you would like to see what Masterson may have to offer to your horse schedule a session today.